For this piece, I relied pretty heavily on Joseph Gilland’s Elemental Magic: The Art of Special Effects Animation.

I used it a ton for things like lava, acid, cauldron brew, and anything hot.

Part of making a mission special for Super Hero Squad Online was designing the look and feel of gimmicks. The level designers would come up with this great idea – something they wanted to inflict on the players or something they wanted players to interact with. This is an example of something we were coming up with for our one of our Asgard missions.

The idea was that the player pushed a button, which enabled these runes to transform the great big enemies into mini one-shot enemies.

My art director liked the bottom-left most idea.

Working on special effects for super heroes is a lot of fun. Especially super heroes with such a rich history like those in the Marvel universe. If I was ever unsure about how to pull off a character, I had an amazing library of references – comic books, cartoons, movies, video games. The downside being that I had too many pieces of reference – and they often contradicted each other.

Here’s a little mock up I did for Firestar – who has “microwave” powers. Not quite fire, not quite solar, not quite cosmic. All of these were capped in Unity, by the way. Occasionally, I’ll do mock ups in Photoshop, but effects aren’t solely dependent upon their color and shape.  Animation is a huge part of it – size, brightness, flicker, rotation, and even a sequence of shapes to describe “powering up” before the big blast, and a “cool down.” So, what I tended to do, was create a few options, cap my favorites, shoot them to my art director, and he’d help me narrow it down from there.

The references I gathered were from comics and television shows – and I ultimately went with a combination of the above comps.

Here’s some gameplay footage of Firestar captured by MrGamesRus:

Subscribe to his channel if you’d like to see more footage from SHSO! Or you could go play for free

A while back, I was asked to make some blue fire for Asgard. So, I animated a quick 12 frame loop of a little plume in Photoshop.

Then I separated it out on one map to import into Unity.

Once in Unity, I added more particles and gave it a ranged lifetime for some variation. Here’s what that looks like:

A little something-something I worked on a while back at Amazing Society. We were trying to come up with a fiery hazard that would damage the characters. It had to look like it belonged on this flat ground, and in space. So here are some concepts I whipped up: 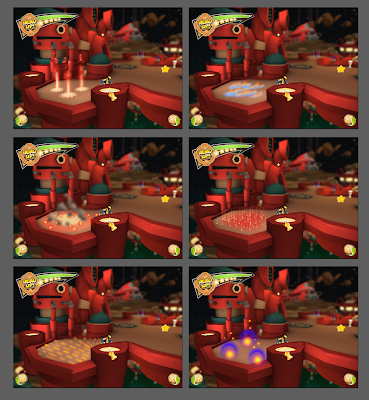 And here’s a little example of what we went with – the line at the top is actually the frame by frame of the candle-like flame:

Have you hero’d up, yet?

So, this time last year, I was just beginning my summer internship at Digital Kitchen creating assets for logo reveals and TV spots. Mainly, I assisted the designers in viz dev. I learned a lot about design and breaking down my own personal process – using 3D as a means to an end, and not being a slave to one type of work flow.

These were for the Microsoft game studio logo reveal. Just a few roughs in 3D with some bright, fun colors. 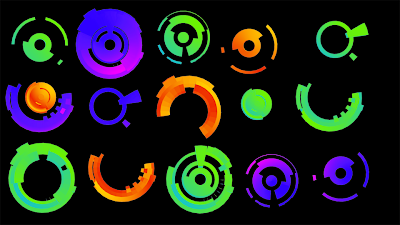 These were created for Nickelodeon? I think? I don’t even think I remember. It was only part of the ‘rough’ stage anyhow. I think they went in a less abstract direction. 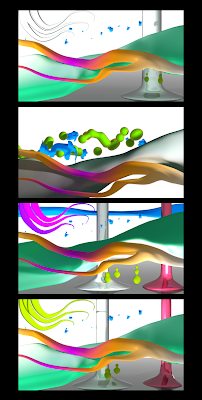 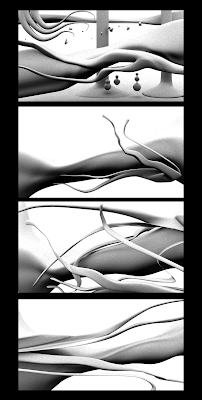 This was the most heavy-lifting I had done. Each frame is a different model – giving this a sort of stop-motion feel. Sadly, they didn’t let any of us in on the real name of the product (Kinect), and because the process was so lengthy, they went with 2D instead.

There you have it!

Concept art! Marvel character inspired by Team Fortress 2 concept art. Done in my off time after a sort of inspiring conversation with the Amazing Society’s art guild about art styles. 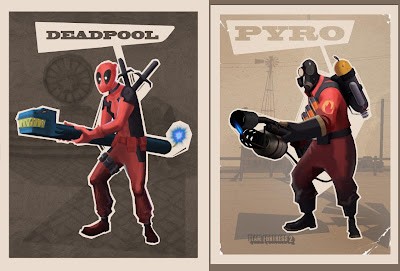 Since I liked my cool down, lunch time sketch so much, I decided to do another little doodle today! 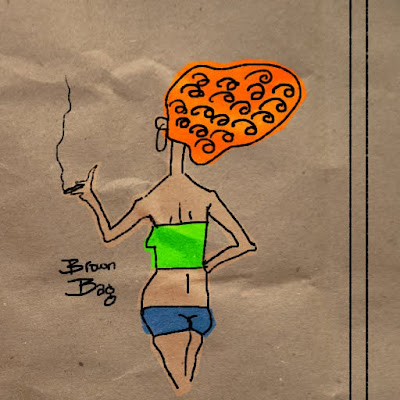 Just got some bad news about student loans and things. So I took a little time to cool down and drew a picture. 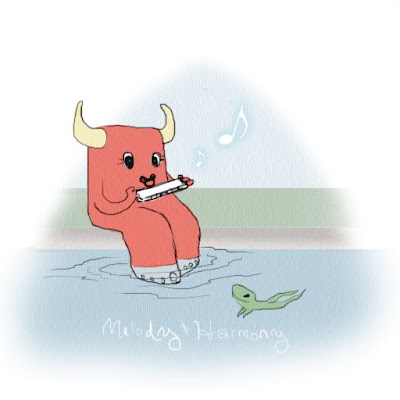 It made me feel serene.

How are you doing today?